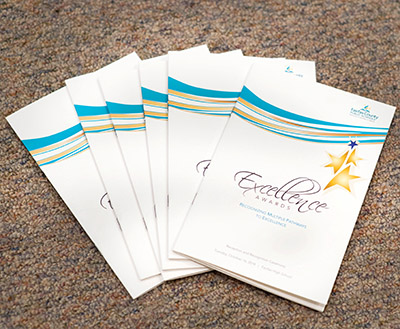 Congratulations to the South Lakes High School Men of Vision and Excellence Team which was recognized at the FCPS Excellence Awards in the "Impact on Others" category for its effective mentoring program that supports minority male students.

At South Lakes High School, Men of Vision and Excellence is a mentoring program that supports minority male students. The M.O.V.E. team, led by Monica Charles-Williams and Michael Reaves, provides a caring adult mentor who guides a mentee through his high school years. The program also provides students with a community in which their voices are heard and respected. Students are proud to discuss the impact that M.O.V.E. has had on their lives. One student said that a trip to the National Museum of African American History and Culture inspired him to, “always stay true to yourself and stand up for people who don’t have a platform.” Another student said, “M.O.V.E. has inspired me to… think about other people and find ways to help the community.” The M.O.V.E. team serves as a powerful example of how schools can address inequities faced by minority males. Congratulations to this impactful team!

Thank you to math teacher Emily Burrell for writing the letter of nomination to nominate the team as well as to Principal Kim Retzler and Assistant Principal Colleen Robson for writing sponsor statements of support.